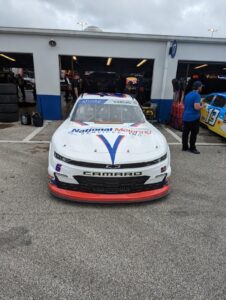 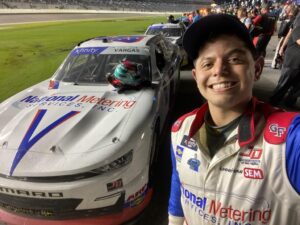 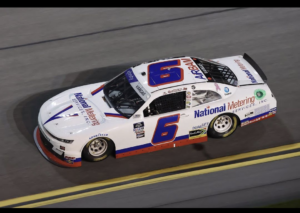 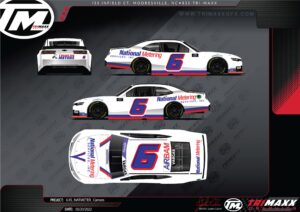 Thank you Bill Madden for the use of this video.

Aug 4, 2015
Wilmington, DE- To improve accuracy and efficiency, United Water Delaware is partnering with a leading regional firm, National Metering Services Inc., to upgrade ten thousand customer water meters. These important upgrades will enable more accurate readings to be collected in a more efficient and effective manner. Once installed, new technology will also make it more convenient for customers, since no personnel will need to enter customers’ homes to read their water meters. We appreciate your understanding as we work to improve the service we provide for you, our valued customer.

This meter upgrade program is one component of our continuing efforts to ensure a superior customer experience, most accurately measure customer water usage on a consistent basis, achieve cost efficiencies, and improve customer convenience.

Kearny is nearing completion on a three-year project to replace about 8,000 water meters in residences and businesses throughout town.

At a recent meeting of the governing body, Richard Ferraioli, head of the town’s Water Department, said a contractor has replaced 7,609 meters, with 391 accounts still needing to be addressed.

But of those, only 227 need new meters, since the rest don’t measure what he called “normal domestic consumption.”

Ferraioli added that workers couldn’t gain access to 94 of the 227 remaining properties. “The meter company notified them in writing, but got no response. A lot of them are vacant,” he explained. “For some we can’t achieve a shut off. That’s no fault of the homeowner.”

With the contract up, the town’s Water Department personnel will pick up where National Metering Services left off. Ferraioli said the department’s workers are averaging about 10 meter replacements a week.

The project was delayed in 2009 when Kearny initially awarded a $1.5 million contract to United Metering Operations, Inc., a division of United Water, to complete the project.

At the time, National Metering Services contended the contract violated the state’s “prevailing wage law,” which requires companies bidding for contracts to meet prevailing wage levels established by the state for certain job titles within each county.

A Hudson County Superior Court judge ordered the town to re-bid the contract with a more specific job title, since the town’s original bid specifications did not call for any specific worker classification to complete the work and National Metering Services won the contract.

The telephonic meters had caused a rash of inaccurate water bills that left some customers with estimated bills for at least five years. In 2010, town officials came up with a plan for residents to pay their outstanding water bills, some of which reached as high as $3,000, over a four-year span.

Red Bank’s townwide water-meter replacement project has begun, with homeowners about to get involved starting in mid-October, redbankgreen has learned.

The heavily debated program mandates that every address served by the municipal water utility get a new, remotely read meter, a process that began in recent days with the metering of borough hall, firehouses and other public structures that never had any.

The new meters include radio transmitters for remote reading, like one in use on this new house on Oakland Street. (Photo by John T. Ward. Click to enlarge)

Public utilities director Cliff Keen told redbankgreen that a letter would be mailed in coming days to all water customers outlining the installation program. Here’s the letter: rb-water-meter-replacement-letter-092816

In a nutshell, the new system enables the borough to get up-to-the minute usage reports without a visit to the the property for billing purposes. It can also alert the town to possible leaks and emergencies that went undetected for months under the existing system, proponents said.

In mid-October, installers working for National Metering Services, based in Kearney, will begin alerting customers via postcard to schedule appointments for installations, which Keen said typically take about 30 minutes.

All installers will wear company-branded clothing and carry identification. Homeowners with any doubts about who they’re dealing with are urged to call borough hall, where employees in the utilities and finance departments will have the worker IDs on file for confirmation, Keen said.

National Metering won the installation contract in March with a $1.59 million bid. A month earlier, the council approved two bonds totaling $3.7 million to pay for the meters and a new municipal well at the Chestnut Street facility. The meters and their installation would be paid for from the $1.9 million meter bond, with “no increase in taxes or water rates” borough Administrator Stanley Sickels said in 2015. An anticipated 10-percent increase in collections would cover the debt service on a 15-year bond, he said.

Homeowners won’t be charged for the meters or their installation, but “any additional work that may need to be completed, such as the installation of a code-required electrical bonding wire around the meter, will be charged to the resident at $35 per installation,” the letter says.

The replacement of some 3,800 residential meters is expected to take 10 months to complete, Keen said.

Town officials have said the new meters are needed because the existing meters are long past their life expectancy, and cannot be repaired or replaced because they’re no longer manufactured. In addition, the current system of hand-entries of meter readings into a billing system is “worse than antique,” Councilwoman Linda Schwabenbauer said in May, 2015.

Moreover, the state Department of Environmental Protection requires that municipal utilities replace meters when the value of all water delivered exceeds water revenue by 15 percent or more. The borough’s shortfall has been certified at that threshold, officials said. Unbilled water deliveries were costing the town at least $1.5 million a year, and perhaps as much as $2.5 million, Schwabenbauer said.

Public informational meetings on the meter program have been scheduled for the following dates and locations, Keen said:

• Tuesday October 4 at 1 p.m. at the Senior Center, 80 Shrewsbury Avenue

About That Water Meter Notice

On Thursday, some Verona residents began receiving a postcard urging them to sign up to have their water meter replaced. The first thing you need to know: this is legit. The second thing: eventually, you will have no choice.

The Township of Verona is rolling out a program to test, replace, and upgrade water meters for all Verona residents. As meters age, they can run more slowly, which means that water bills may not reflect actual usage. But the new meters are also “smarter”: They are equipped with radio-frequency transmitters, so township meter readers won’t have to get inside or even particularly close to your home to record your water usage. More meters can be read with fewer hours of labor, which is important since Verona has been dialing back employment in several departments.

If you live in the Forest corner of town, this is the water meter notice you’ll be receiving.

National Metering Services is the contractor handling this for work from the township, and their service is free of charge. They will notify residents by postcard of their work and, when they come to your house to test and replace your meter, their installers are required to be in uniform and to have identification badges.According to town officials the first streets to be included in the work are all on the Forest corner of town: Balston Drive, Beechwood Road, Chestnut Road, Fairway Avenue, Fells Road, Fellswood Drive, Forest Avenue, Gerdes Avenue, Halstead Street, Harrison Street, Hillside Avenue, Howard Street, Howell Drive, Lakeside Avenue, East and West Lincoln Streets, Maple Terrace, Marion Road, Meadow Lane, Montrose Avenue, Morningside Road, Oakridge Road, Parsons Court, Pease Avenue, Peters Lane, South Prospect Street, Stocker Road, Upland Way, Whitney Terrace, and Windemere Road. The

So, if you live on one of these streets, do you have to get your water meter replaced? In a word, Yes. “[Residents] will be getting multiple notices,” says Town Manager Matt Cavallo, “and if they don’t respond after multiple notices, visits and certified mailings, we will have not choice but to turn off their water until the meter is changed.”